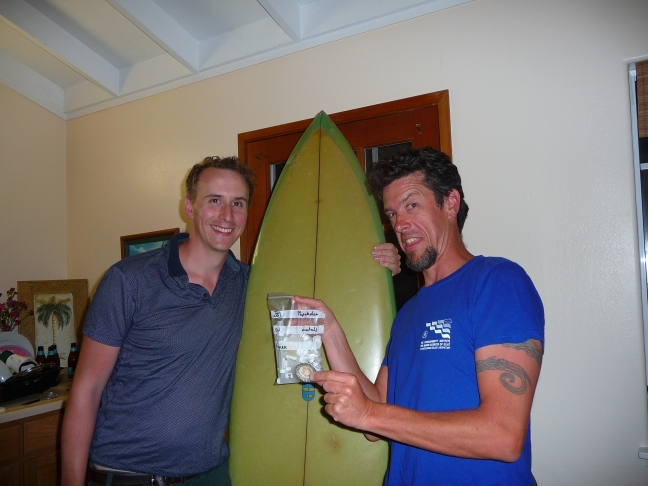 All good things…well, you know…they end. And I wish I could say that that’s for the best, but in the case of doing fieldwork on Hawai’i, I will make an exception. It has been an absolute blast doing fieldwork here. The days were long, and the work was hard, but rewarding. I know, I know…sometimes it looks like we’re playing with sand on the beach, snorkelling in warm Pacific waters to get some bottles of seawater and prying sea urchins off the rocks. And then I would have to say you are almost right…we filled countless tubes with seawater to be analysed in the laboratory back home. Bags and bags and bags of sand from two different bays. Black sand, white sand and mostly: green sand. Saying that no animals were harmed in conducting this research, would be a blatant lie. But rest assured that we followed all the protocols in place. While the sand and seawater will shed light on how fast the Hawai’ian olivine dissolves and how this affects the CO2 in the seawater, the animals and algae will tell us a bit more about how its reaction products potentially bio-accumulate through the marine foodweb.

Although we did most fieldwork alone, it would not have been possible without the financial, logistic and administrative support from several agencies and institutions. Our main sponsor was the Royal Geographic Society, who awarded us a grant to pay for this fieldwork. The Department of Land & Natural Resources of the State of Hawai’i, assisted us in obtaining the permits to work in the field and collect samples needed for our research. The University of Hawai’i at Hilo, and Dr. Tracy Wiegner in particular, assisted us with all sorts of fieldwork equipment. Along the rugged southern Ka’u coast of Big Island, we were greatly helped by the local community members, who organise the transport to and from Papakolea/Mahana beach. Their normal fare consists of tourists, but when we needed to bring in large boxes of fieldwork equipment, they stepped in and accommodated our needs perfectly ! And of course, an extra thank you goes out again to our science-minded diving friends at Kona Diving Company ! 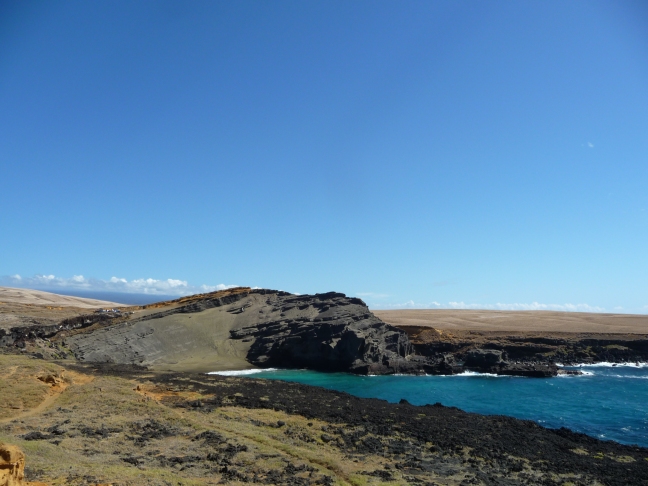 It is strange. After so many days, weeks, toiling with bags of sand and tanks of water, walking around Papakolea bay and snorkelling in its warm waters, we became so intimately acquainted with our fieldwork location. We felt we knew every corner, every nook and cranny, both above and below the water. After such an intense period, we felt sad to say goodbye to the place we visited almost daily. We took one more long walk along the coast and took as many pictures as we could. It’s not a location one reaches easily, but with a bit of luck and good results, we may be able to repeat our visit and even expand our research. Who knows ? For now, it is mahalo (thank you) from us and aloha ! Until we meet again ! 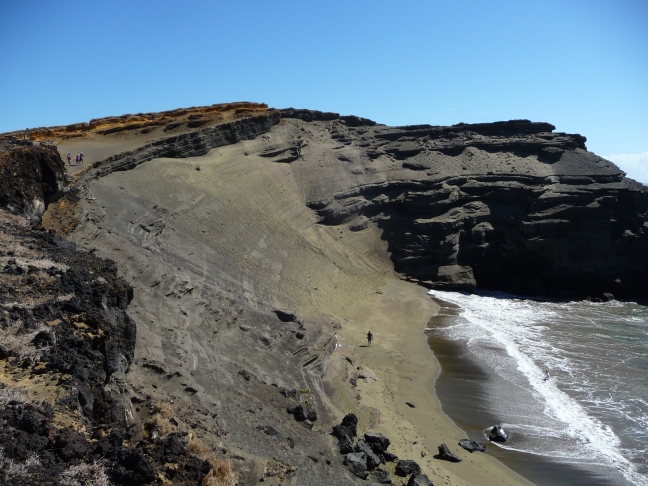